"Book These Guys, You Will Not be Disappointed"
-93.5 The Beach - The Rock Station
Thirteen To One, is a five piece powerhouse from Smyrna, DE. They are starting to take over the Nation by storm, with their “Unique” sound of heavy, unprocessed, and completely “Raw” tones. Appearing on the scene in 2009, this hard driving band has accomplished many goals, including;   Headlining the Trocadero in Philadelphia, PA Headlining the biggest Delaware outdoor concert June Jam, Headlining at Strokers Dallas (Ma's Roadhouse on TruTV), Opening for national acts such as Ill Nino, Craving Lucy, and played at the 2012 Texas Rock Fest in Austin TX.

With the release of their self titled album, 13:1 under Toil Records in the early months of 2011, the band has been on the top 5 sellers list on 101-Distribution and selling out in all  Best Buy's, and soon will also be available in FYE's Nation Wide. The continuing success of this band has them rising to the top, They soon will be at a venue near you!!
Videos Photos and More Below

New Album "SIN" Out On ITUNES!! 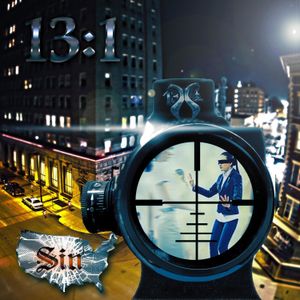 Thirteen To One a Decade of Metal

Thirteen To One is celebrating 10 years!!! With Bastion's Wake, Shutter, and our friends from Baltimore, Exemptus!

And as always, we don't charge a cover at the door!!!

Thirteen To One w/ Apex Predator, Meatplow, Burned In Effigy

Be Sure to Check out our Sponsors!!!!